Store lycopene in transparent glass bottles, they will degrade quickly, so they are replaced by opaque bottles. The problem was solved, but this discovery caused more scientific problems. The researchers thought that in chemistry, degradation usually means the release of electrons. If the rate of electron release is high enough, can it produce a measurable current? ? 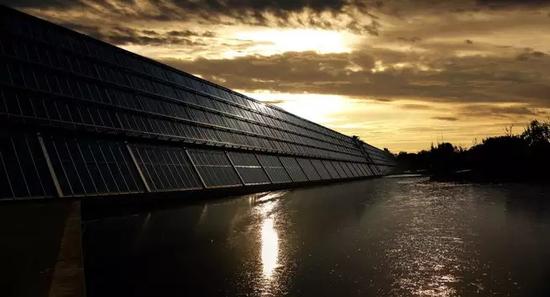 There are many benefits of solar power, such as reducing the use of fossil fuels, cleaner, inexhaustible, and no carbon footprint. But there are limitations, that is, there must be a sun, if there is a cloudy day, there is no way.

Now, a genetically engineered bacterium that uses dye to convert light into energy may change the situation where solar power cannot be used on cloudy days. Scientists in British Columbia, Canada, built an inexpensive and sustainable solar cell from E. coli, thereby creating a biogenic solar cell. The name is given because this cell is made of living organisms. This is not the first experimental biogenic solar cell, but this time the battery is different from the past. Scientists say that this kind of battery can produce more powerful current. Moreover, this battery can be as effective in dim sunlight as it is in bright sunlight. 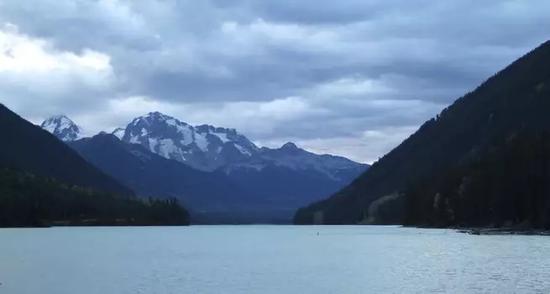 "British Columbia is eager to become one of the world's leading decarbonized economies," said Vikramaditya Yadav, a professor in the Department of Chemistry and Bioengineering at the University of British Columbia. "The production and supply of clean energy is the key to achieving this goal, and solar energy is the main candidate for the decarbonization of the energy sector. However, British Columbia has poor weather conditions in winter weather. In this case, if you want to make good use of solar energy, then Need a unique photovoltaic material. "

Yadav said that their solution is not expensive, and ultimately "can be as efficient as traditional photovoltaic power generation." Even if these new biological cells cannot reach the strength of traditional materials, researchers still believe that these New materials can play an important role in certain low-light environments, such as mines and deep-sea exploration.

"We believe that biogenic solar cells will be a useful complement to inorganic solar cell technology," Yadav said. "Even in the early stages of development, the application prospect of this technology is relatively clear and broad. Exploring the low-light environment, such as mines, will use sensors driven by biological cells, such as the device we developed." 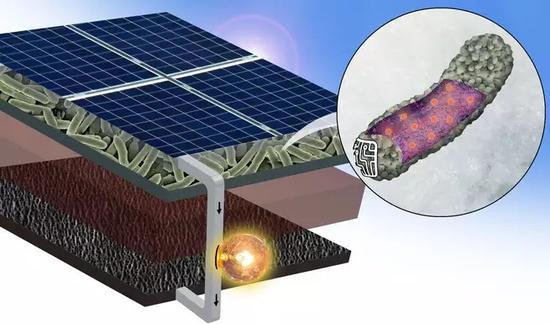 Legend: The above conceptual diagram shows that the anode of the solar cell is made of biological materials, which are made of orange spherical bacteria coated with titanium dioxide nanoparticles on the surface that can produce lycopene. (Photo / Vikramdia Yadav)

Previously, attempts to construct biosolar cells focused on extracting natural dyes, because bacteria need these dyes for photosynthesis. This process is complex and expensive, and toxic materials are used, which can cause damage to the dye. Canadian researchers decided to try a few different options. The researchers left the dye in the bacteria and allowed it to interact with the organism, thereby inducing the bacteria to produce large amounts of lycopene. This lycopene is the same dye found in tomatoes and other red waters.

Then, the researchers covered the bacteria with a layer of minerals, which acted as semiconductors, and applied the mixture to the glass surface. A layer of coated glass is coated on one end of the cell as an anode, and a conventional current will pass through the anode. The current density generated by this device is much higher than that produced by other experiments in the field. The specific value is 0.686 milliamperes per square centimeter versus 0.362 milliamperes per square centimeter. The results of this experiment were published in the journal "Small". 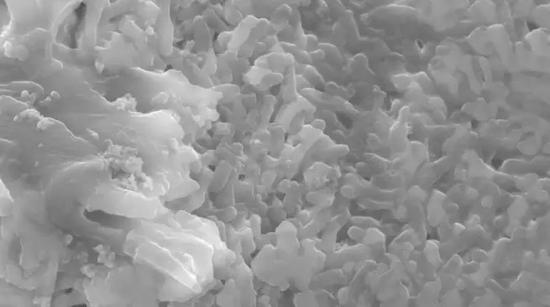 Legend: The micrograph shows how the cell looks under a scanning electron microscope. (Photo / Vikramdia Yadav)

"Most dye-sensitized solar cells have some obvious limitations," Yadav said. "To extract dyes from natural resources requires the use of toxic solvents and energy, and before entering the solar cell, the sensitivity of the dyes to light will be significantly degraded. The device we developed directly solves these limitations and tries to make this A kind of solar cell is put into production, this is especially suitable for use in low light environment, and our device is cheaper. "

Nevertheless, there are some problems with this device. Bacteria die during power generation, so finding a way to make them alive can use them more efficiently because bacteria can produce dyes indefinitely. At the same time, the researchers plan to fine-tune the cells so that they can provide more energy like traditional solar cells. 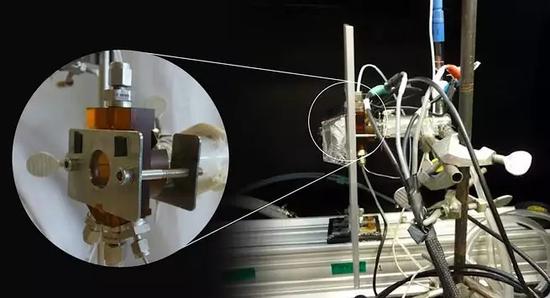 Like many scientific discoveries in the past, this research was accidental. "Our initial motivation was to develop bacterial 'small factories' to produce large amounts of lycopene and other carotenoid molecules to make health supplements," Yadav said. "However, our team encountered challenges in storing the newly produced lycopene."

By storing lycopene in transparent glass bottles, they quickly degraded, so the researchers switched to opaque bottles. The problem was solved, but this discovery caused more scientific problems, and the researchers then opened up a new way of exploration. "In chemistry, degradation usually means the release of electrons, we thought: If the rate of electron release is high enough, can it produce a measurable current?" Yadav said.

"A student in the research group, after seeing the changes in lycopene in a transparent bottle, said aloud: 'Is lycopene so easily degraded in the sun? What if we put it in a solar cell? 'This issue has stimulated our interest in developing dye-sensitized solar cells, "Yadav recalled. "The decision to apply the mineral coating directly on the bacteria was a gamble, and this gamble finally paid off. The chance coincidence was a great ally of scientists, and we are very grateful for this unexpected discovery and the curious student because he asked A sentence 'Why can't you try it?' " 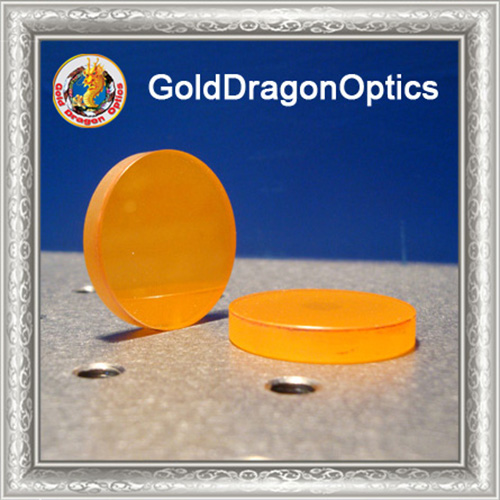