Tweezers are a tool for picking hair, bulk medicine, metal particles, fine thorns and other small things. It can also be used to repair mobile phones, use it to hold wires, components and integrated circuit pins. Different tweezers are required for different occasions. The most commonly used are straight, flat and elbow tweezers. The tweezers used in chemistry should not be allowed to heat up or remove acidic chemicals. Be sure to keep them clean after use. Next, let's get a more intuitive understanding through some tweezers pictures! 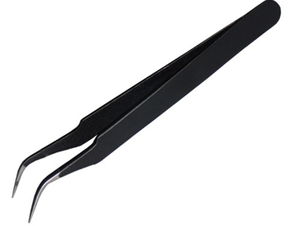 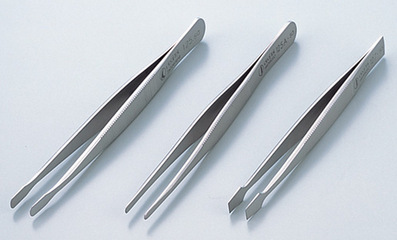 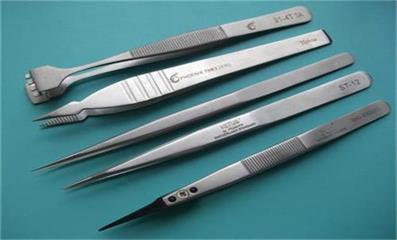 Optical tweezers are tweezers formed with light, which are based on the principle of light pressure. The optical radiation pressure originated from the Kepler and Newton era. At that time, the theory believed that light was a particle. According to Newtonian mechanics, a moving particle beam would generate pressure . In astronomy, the tail of a comet always faces away from the sun. A typical example of radiation pressure. However, the existence of light pressure and Maxwell's theoretical prediction of radiation pressure were only experimentally proven in the laboratory in the early 20th century .

Bamboo is a tweezers made of bamboo with various heterosexual materials. It has the advantages of insulation, good elasticity and low cost. But the fatal flaw is that it will crack along the direction of the fiber if it is subjected to a large force or if it is used for a long time. The biggest feature of bamboo tweezers is that it does not scratch the product like stainless steel tweezers, and it is more resistant to organic solvents than plastic or fiber tweezers. In addition, bamboo tweezers also have anti-static effect, because bamboo is not easy to carry static electricity, so it is non-magnetic, excellent insulation, and will not damage the gripping objects.

Wafer tweezers are specially designed with very precise silicon wafers, which have a very good firming effect, and have the protection of pressure and chipping. The surface of the wafer tweezers is very smooth, and different products are designed according to the size suitable for different occasions.

The above is the tweezers pictures and tweezers related content displayed for everyone. Tweezers have a very important role in many industries. In fact, in addition to the above types of tweezers, there are purification tweezers, medical tweezers, etc. From the classification of tweezers, we can see how widely the tweezers are used!