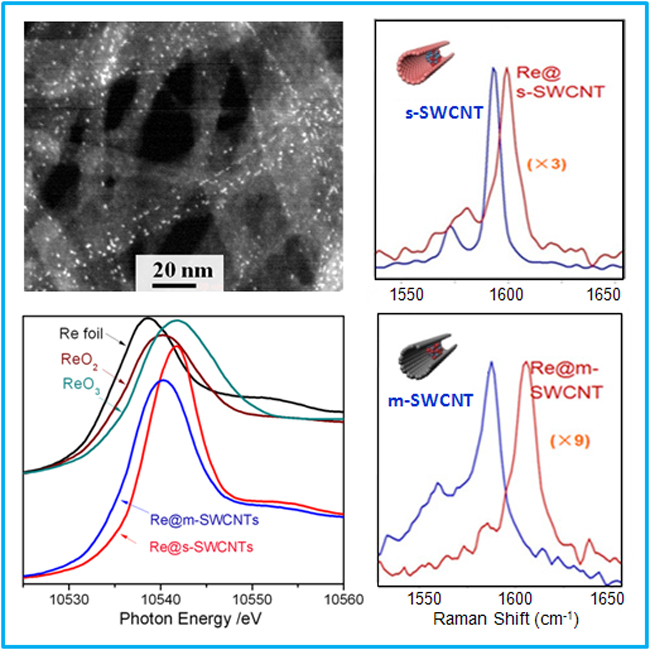 Recently, Zhang Fan, Pan Xiulian, and Bao Xinhe, the State Key Laboratory of Catalysis of the Dalian Institute of Chemical Physics of the Chinese Academy of Sciences, have made new advances in the field of catalytic catalysis of carbon nanotubes. The relevant results were published in the Proceedings of the National Academy of Sciences of the United States.

Carbon nanotubes can be considered as a one-dimensional tubular material formed by the curling of graphene sheets. Because the curvature causes the originally symmetrically distributed Ï€-electron cloud to be distorted, it shifts from the inside of the tube to the outside of the tube and forms a potential difference inside and outside the tube. After years of research, the research team has confirmed that this nanoscale space and electronic structure can form a unique limited environment, leading to changes in the characteristics of the metal nanoparticles and gas molecules assembled inside, which may change the molecular adsorption activation mode Even the reaction pathway proposes the concept of "catalytically-constrained limiting effect of carbon nanotubes" (Acc. Chem. Res. 2011, 44, 553) and validates this theory in a number of catalytic reactions (Angew. Chem. Int. Ed. 2013, 52, 317; Energy Environ. Sci. 2011, 4, 4500; J. Am. Chem. Soc. 2008, 130, 9414; Nat. Mater. 2007, 6, 507. etc.).

According to the above-mentioned concept, when the diameter and number of carbon tubes are reduced, the confinement effect of carbon tubes will be strengthened; at the same time, the carbon tubes may exhibit metallicity or have a certain band gap due to the different crimping modes. Semiconductor properties will also have a modulation effect on the reaction. However, for many years, the preparation technology and effective characterization methods of limited-range catalysts in small-diameter pipes have been a bottleneck.

Recently, the team succeeded in achieving high-efficiency assembly of confined catalysts in single-walled carbon tubes with tube diameters as small as 1.5 nanometers, and using in-situ X-ray absorption spectroscopy and Raman spectroscopy to track the metal and carbon in the reaction process, respectively. The change in the electronic structure of the tube, especially through the experiment of a single carbon tube, verifies the above prediction: that the electronic structure of the carbon tube itself directly determines the modulation of its catalytic performance. Although the topological characteristics of metallic and semiconducting carbon nanotube confinement systems are very similar, the chemical states of confined metals are very different due to the electronic interactions between metal clusters and the tube wall. The results of this study not only provide direct experimental evidence of host-guest electron interactions in the limited-domain system, but also provide new ideas for the design of highly active metal cluster catalysts for a series of redox reactions, and also for the reversible modulation of the electronic structure of carbon tubes. There is a new way to not destroy its wall.

The above research has been funded by the National Natural Science Foundation of China, the Ministry of Science and Technology and other related projects.